What Is Gold Mining?

Essentially, gold mining is attempting to fulfill a dream. It is driven by the same desire that encourages people to buy lottery tickets. Every gold prospector sets out with the dream that the next shovelful of gravel is going to contain that life changing nugget of gold (or at least discover that mother-load of pay dirt). From that point on you will be able to provide for you family in the way you desire, and you will never suffer because of lack of funds ever again.

Practically, gold mining is the extraction of the naturally occurring mineral gold (Au as it appears on the periodic table).

Gold is also found in seams of rock or quartz. This gold is much harder to extract as it requires the quartz to be crushed allowing the gold to separate from the rock that it is embedded in.  Usually quartz reefs are mined only by serious gold miners and large companies because of the large amount of equipment required to uncover the mineral ore, crush it, and then extract the gold.

Gold is mined in a variety of ways depending on how it occurs. The most common gold mined in New Zealand by prospectors is Alluvial Gold or River Gold. In its alluvial state gold is found as a pure mineral rolling around at the bottom of streams and rivers (or where streams and rivers have previously been).  Once shoveled or sucked up the prospector just has to separate the gold from any other sands that are also found at the bottom of the stream. Although time consuming there are many tools to help a prospector speed up his gold recovery.

Gold can also be found in areas where ancient glaciers have passed through carrying the gold with them. Once the glacier has retreated the gold is sometimes left high and dry as it were, with no river to wash it away.  A lot of gold ends up in the sea and on the West Coast of New Zealand many black sand beaches are gold rich. The difficulty with mining the black sand beaches in the past has been separating the gold out as black sand is very heavy and the fine gold is often lost using traditional separation methods trying to refine the gold. Mercury and other chemicals have been used in the past to aid in gold recovery, but today we have safer and more refined gold extraction methods.

Some facts about gold mining in New Zealand

A number of towns grew up around early Gold Rush settlements. In those early days of New Zealand settlement it was not uncommon for these towns to grow so quickly that they actually become the largest towns by population in the country. It was also not uncommon for these towns to all but disappear almost as quickly as they sprang into existence when the gold became less accessible or news of another gold rush would send people dashing away.

Dunedin was one city that grew out of the Gold Rush days and at one time was the largest city in New Zealand.  Hokitika is another city that boasted the largest population in New Zealand by 1866 with more than 25,000 residents, most of whom where connected with mining in one way or another. The West Coast of the South Island is second only to Otago in gold production. Both areas still have large gold mining operations currently working.

In the 1880s Reefton became the first New Zealand city to have a public electricity thanks to the local quartz miners.  Fist demonstrated in several local hotels it was soon decided to light the whole town with a public supply electricity company. The Reefton electricity supply continued to operate until the town was plugged into the national grid in 1949.

The world’s first successful steam powered gold dredge was launched on the Clutha River in 1881.  Gold mining on the frontier was often on the cutting edge of technological break-through.

The kind of equipment used in gold mining has changed dramatically over the years. From the lighter and more efficient gold prospector equipment to the large scale hydraulic equipment used by industrial mining companies.

Another benefit of modern gold mining equipment is the recovery rate.  Early stamper batteries set up to crush gold out of quartz reefs were recovering only 45% of the gold and silver from the raw ore.  In 1889 the New Zealand Crown Mines Company at Karangahake was the first company in the world to trial cyanide in gold recovery. The productivity increased to around 90% of gold and 50% of silver recovered. Today even the prospector can achieve recovery rates of almost 100% with modern gold processing tools such as The Gold Lab.

Mining For Gold In New Zealand

New Zealand gold mining followed the gold rush fever that swept through California and then Australia. Rumours of gold in New Zealand date back the 1820’s but gold miner Charles Ring is credited with producing the first tangible evidence according to the history books.  Ring’s find in the Coromandel produced a short lived gold rush, as did several other finds scattered across New Zealand.  It wasn’t until the 20 May 1861 when Australian gold prospector Gabriel Read brought his Californian and Australian experience to Otago that the first significant gold rush arrived on New Zealand shores. 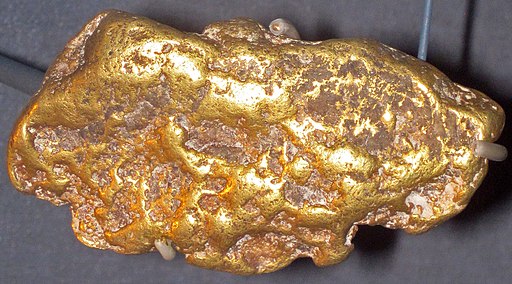 Before you go gold mining or prospecting in New Zealand a mining permit from New Zealand Petroleum & Minerals, Ministry of Economic Development is required for most areas. The exceptions are 16 areas especially set aside where the public are allowed to pan for gold or use gold sluices. These areas are covered by the Crown Minerals Act 1991 and are restricted to hand held, non-motorized, fossicking methods only.

All these areas are historic gold mining areas and alluvial gold is still commonly found. The concentration of gold does not justify commercial mining today.  However, as discussed already, the ability to recover 100% of the gold you recover combined with the high prices of gold today can make it a viable prospect for the hobby gold miner to make more than pocket money in his or her spare time.

Or continue reading more information on How To Mine Gold